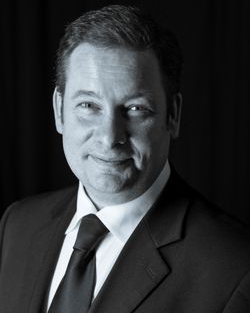 was born in Vienna and comes from a theatre family, his mother being a dancer and his father a singer. After graduating in an economy college he was then probably inspired by the daily presence of theatre and music at home and started studying singing.

As he was interested in all kinds of aspects of the Performing Arts’ world, he attended several specialized courses and subsequently got a lot of practical experience in the domain of Arts’ and Artists’ Management.

Over the years Sascha Nader has made numerous experiences in planning, administration and coordination of international cultural events. He also became more and more interested in personal management and representation of performing artists. As a consequence, the company Proscenium, whose owner and General Manager he has been since 2013, became internationally active and renowned in these fields.

Tamara Darrage started dancing ballet when she was 3 years old, continued studies at the ballet academy of the vienna state opera and at the age of 18 she graduated as a qualified ballet dancer at the music and art university of the city of vienna.

In addition, she completed a commercial apprenticeship at the vienna business school, 1010 Vienna.

She lived abroad about five years in australia and england and further training to become a qualified pedagogue and qualified life and social counselor back in austria. Over the years Tamara Darrage has gained experience in various professional fields, mostly in leading positions and as an operation manager, and is characterized by her communicative, precise, competent and reliable way of working.

Tamara Darrage comes from an artistic family. Her aunt an actress, her father an art painter, on the mother´s side, almost everyone plays an instrument. Music has accompanied Tamara Darrage for a life time. She sings in a choir herself and she looks after several choirs as a music manager. She takes care of bookings, organizes and supervises as a personal coach.