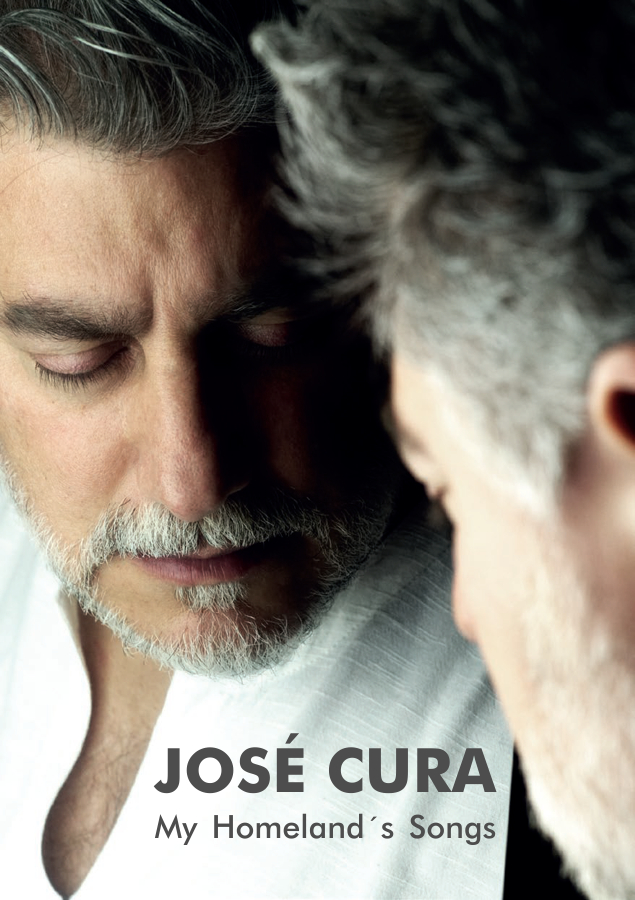 There is a popular belief in Argentina which quotes Artur Rubinstein —when he was supposedly speaking in a conference in Buenos Aires decades ago— stating that Carlos Guastavino was Argentina’s Schubert, which is taken as saying that Argentina’s best songwriter is “every bit as good as Schubert”. However much research I did on the subject throughout my career I could never confirm whether Rubinstein did in fact say those words. However, when I performed the first recital of Guastavino’s songs in Vienna, many years ago, I purposely evoked Rubinstein’s alleged words of praise towards the composer, but with a slightly tongue-in-cheek twist on them… So there I was, on the stage of Vienna’s Concerthaus, proclaiming that “Schubert was Austria’s Guastavino”… Imagine the faces of the audience!

But the idea was not to insult any national sensibility, let alone to be disrespectful to Schubert —whom I love as any sane musician does— instead it was to provoque the audience’s curiosity, so that they would really draw their attention to the music we were about to perform, and perhaps actively try to find some truth in the challenge presented by my reverse quotation. “My Homeland’s Songs” is about these intellectually refined, yet sweet or harsh, sad or humorous, sometimes melancholic but always touching songs. My aim is to bring them to as many stages as possible, this being a format rather fitting now that live music is so desperately needed, but the constraints imposed by the pandemic are so taxing that they force us to reduce the number of souls present on stage.

So here we go —armed with Guastavino’s songs, but also with songs by Hilda Herrera, María Elena Walsh, Alberto Ginastera, Carlos Lopez Buchardo and myself, supported by the young talents of Katalin Csillagh at the piano and Barbora Kubíková on the guitar— bringing a small drop of positivity into what needs refilling and reviving most right now: hope. 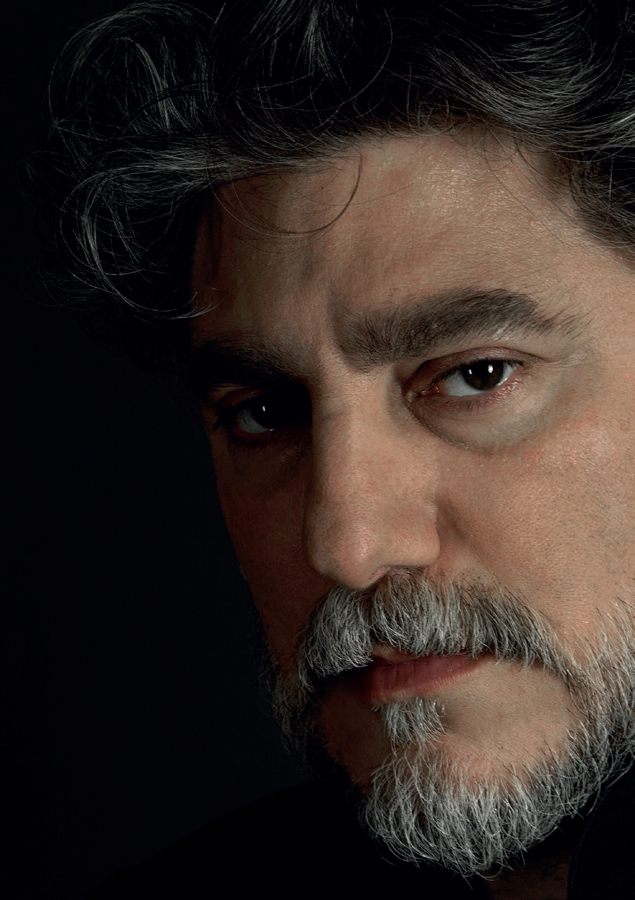 José Cura is a familiar name in the world of opera, but he is also a trained composer and conductor, opera director, and stage designer, determined to use great music to engage, entertain, and educate. Born in Rosario, Argentina, Cura moved to Buenos Aires in 1984, where his voice developed into the distinctive tenor with tints of dark baritone we know today.

In 1999, José Cura resumed conducting, thrilling audiences with his performances both in the pit and on the platform. 2007 saw the world-premiere of a creative re-imagining of Pagliacci which marked the beginning of Cura’s career as a stage director and designer.

In 2010 he designed, directed and starred in Samson et Dalila. His La Rondine, and Cav & Pag, both in 2012, proved him to be a director of distinction. Subsequent productions have cemented his prestige as a director and producer. 2014 saw a return to his activity as a composer, with the premieres of his Stabat Mater and Magnificat.

In 2015, José Cura was honoured by the Argentinean Senate for his achievements in culture and in 2017 he was named Professor Honoris Causa of the National University of Rosario, Argentina. Since 2018, he is the Principal Guest Artist of the Hungarian Radio Art Groups. 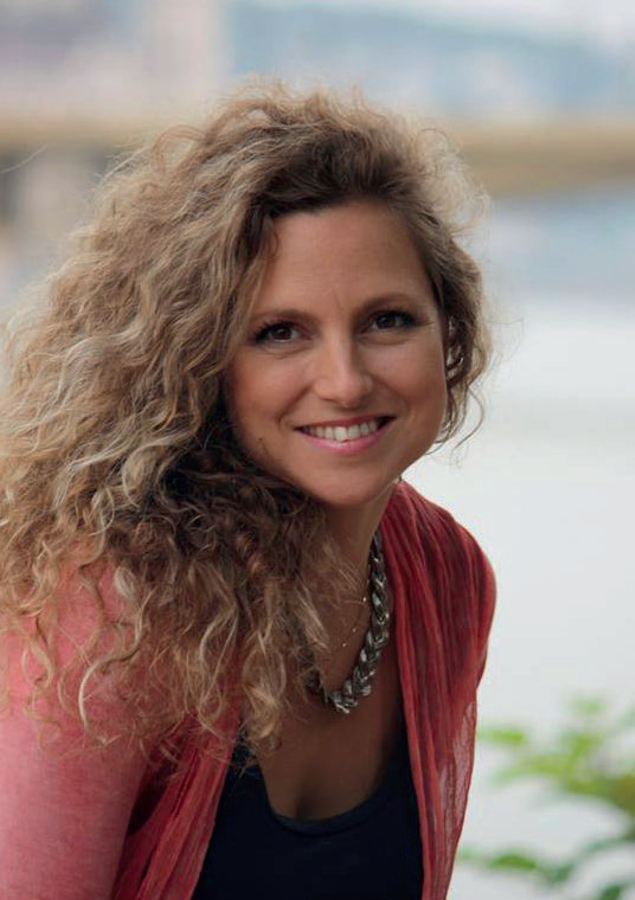 First prize winner at the competition of the European Piano Teachers Association (EPTA, London) and at the chamber music competition of the Beethoven Piano Society of Europe, London, in 2001, Katalin Csillagh was awarded a two-year scholarship to the Glenn Gould School of the Royal Conservatory of Music in Toronto, also receiving a scholarship from the Pro Renovanda Cultura Hungariae Foundation. She graduated from the Franz Liszt Academy of Music with top honours in 2005 and completed her post-graduate studies at the Mozarteum, Salzburg in 2008. Former vocal coach professor of the Franz Liszt Academy of Music, and visiting professor at Tufts University, Boston, Steinway Artist, Katalin Csillagh is currently living in London, UK, where she is Artistic Director at!Moltopera!Opera Company and piano teacher at Steinway London.

A regular guest performer at the Argentinian Embassy in Budapest, promoting Argentinian music, her dedication to Piazzola has led her to play his music for two pianos with Martha Argerich at the Argentina 200 Festival in London and with Carlos Nozzi, principal cellist of the Buenos Aires Philharmonic Orchestra.

Her recordings have been repeatedly broadcasted by the Hungarian Radio and Television and her solo CDs!Sonatas!(2000), Astor (2008), Chopin’s 24 Preludes and Improvisations (2008) as well as her chamber music CDs!Shades of Bach!(Budapest Music Center, 2001) and Glowing Sonorities (Hungaroton, 2016), have scored great success. 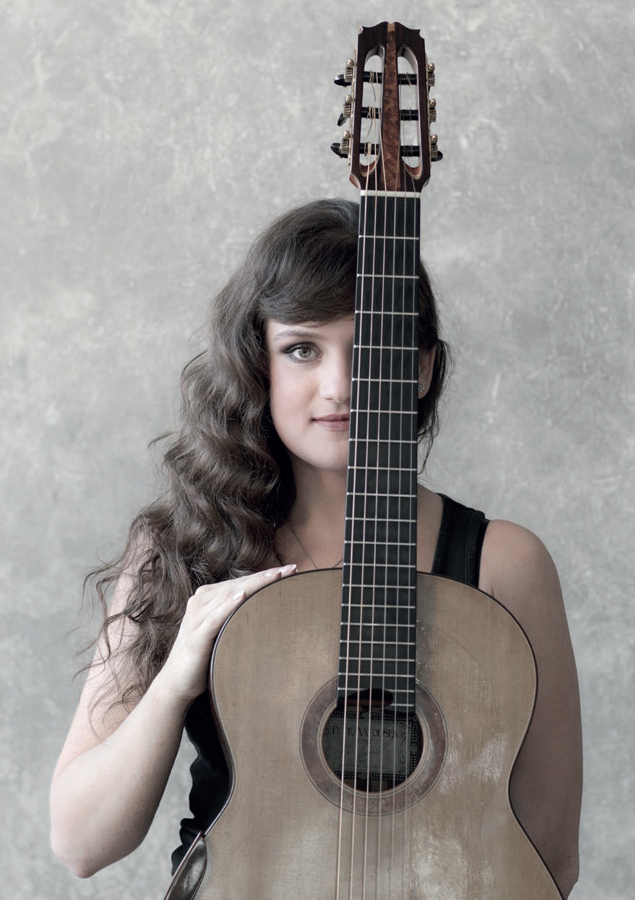 Barbora Kubíková is one of the most talented guitarists of the young generation. In 2019, she completed her studies at the Conservatory Ceské Budejovice. Currently she is studying at the Hochschule für Musik Franz Liszt in Weimar, in the class of Ricardo Gallén.

She is the winner of several national and international competitions: Concertino Praga 2013, Zruc nad Sázavou 2009, Praguitarra Clásica 2010, competition of Czech Education Ministry 2011, Guitartalent Brno 2011 and 2012, Karl Ditters z Dittersdorfu 2016, Anna Amalia 2015 (DE), Enrico Mercatali 2015 (IT), and has also earned important awards such as EMCY Prize. In 2018, she was awarded the 2nd Prize in the competition “Play with the Czech Philharmonic”.

As a soloist, she has performed with many of Czech leading orchestras (Prague Radio Symphony Orchestra, South Czech Philharmonic, Orchestra of South Bohemian Theatre, West Bohemian Symphony Orchestra, North Czech Philharmonic), and as well performed in the most prestigious Prague concert halls: Dvorák Hall of the Rudolfinum and Smetana Hall of the Municipal House. In 2015, she played her recital in Chengdu, China.

Since 2017, Barbora has been cooperating with José Cura, with whom she has performed with Prague Symphony Orchestra, Dresdner Kapellsolisten, Würth Philharmoniker, Musikkollegium Winterthur and Hungarian Radio Symphony Orchestra. In 2019, she made her debut in Spain, playing Rodrigo’s Concierto de Aranjuez, with Orquesta Sinfónica de Lérida, under the baton of Maestro Cura.